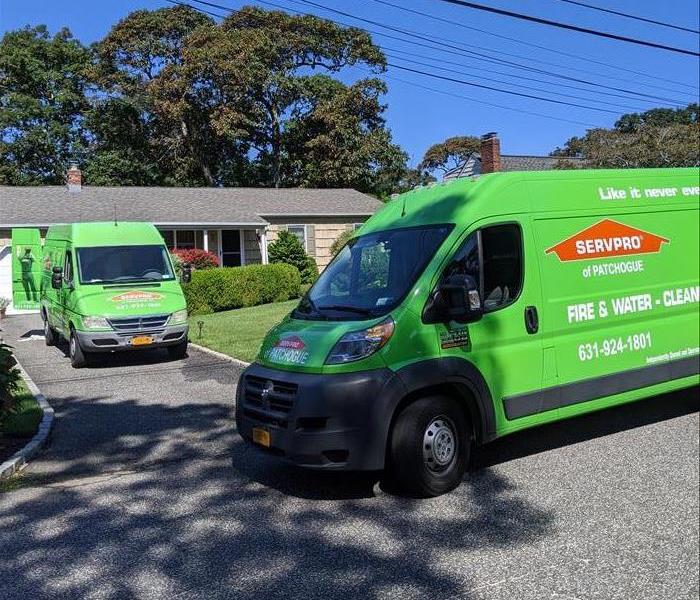 A Town with Continual New Incarnations, Patchogue Invites Residents and Visitors to Enjoy the Recharged Energy Seen in Housing, Culture, Food, and Recreation

Many of the towns and hamlets throughout Long Island have long and complicated histories. The Village of Patchogue is part of the town of Brookhaven and was not incorporated as its own entity until 1868. Nevertheless, the area has several centuries of tales to tell.

Who Made the Initial Purchase of the Land that Includes Patchogue?

Governor Winthrop of Connecticut purchased the land in 1664 from Indigenous people known as the Patchogue. The land primarily lay unused until the mid-18th century when parcels were sold to at least three individuals. Humphrey Avery of New London, Connecticut, one of the landowners, sold off his holdings in a lottery in 1756. He raised a substantial quantity of cash by offering 8000 lottery tickets and receiving payment from the winners.

What Types of Industry Were Successful in Patchogue During Industrialization?

As is the case with many areas near the coast on Long Island, Patchogue hosted a number of mills using the water power from creeks and streams emptying into what is now known as Patchogue Harbor. Over the years, the items made broadened in variety. Goods produced included:

Shipbuilding was an important industry in the mid-1800s. Interestingly, the steel tape manufacturer continues, approaching 150 years of producing long surveyors' tape measures and other instruments in Patchogue.

How Did Extensions of Rail Lines from New York City Affect Patchogue?

Patchogue's industrial areas began welcoming city denizens on holiday after the final spikes of the extension of the South Side Railroad tracks from Sayville to the west were driven home. After 1869 entrepreneurs built hotels and longer-term rentals to offer those New York City residents who could afford the fare and the lodging expense to escape the urban summer heat. Patchogue was a desirable locale for summer visitors for the next sixty years. Fleeing the teeming city streets for the seaside and country life was an aspiration of many.  Patchogue's downtown area exploded with local commercial buildings to meet the needs of the growing seasonal businesses and vacationers, including:

How Did the Fall of the Stock Market and the Rise of the Car Affect Patchogue?

More than a half-century after the development of Patchogue as a tourist destination came the stock market crash in 1929. Many long-time seasonal residents lost fortunes and were unable to continue to indulge in a trip to the seaside towns of Long Island, including Patchogue. Simultaneously, the travel to Long Island by personal vehicles rather than exclusively by rail increased. Patchogue's location as a rail stop became less influential in attracting visitors. Faced with the potential of a significant contraction in the previous income stream, Patchogue's business leaders focused on other ways to regain traction.

How Did Patchogue Respond to the Changes of the Mid-20th Century?

The spotlight turned more intently on the unique shops and dining options. Day trips to Patchogue became a commercial lifesaver breathing new life into the town and area. This tradition continued after the end of World War II and into the fifties. Changes in marketing that affected other downtown areas in the 1960s hit hard in Patchogue, shutting local retails establishments as shoppers nationwide began traveling to regional malls and big-box retailers. The next thirty years were a sad spiral into irrelevance for the Village.

The end of the millennium saw a reforging of business and government entity connections to rebuild Patchogue's fortunes. Since 2000, millions in governmental and private dollars invested created:

Who Can Provide the Answer for Patchogue Residents Suffering from Water-Related Property Loss?

Take heart at the repeated turning of the page to a new chapter in Patchogue. As you seek assistance for a new or chronic water damage problem, know our services can return you home to its former condition. Just as our town can reemerge to take on the challenges of the 21st century, a crew of highly-trained and well-equipped water mitigation and remediation specialists can make your wet dwelling "Like it never even happened."

Does Evidence of Long-Standing Water Harm Reduce the Probability of a Successful Outcome?

When investigating recent water damage, repair of Patchogue homes' preexisting moisture-related harm adds to the recovery agenda. Water damage hides in cavities or infrequently used spaces in a home. Older and historic homes like those in our Village can contain recesses and confined spaces that prevent the damage's casual discovery. SERVPRO managers and crews are unbowed when secondary damage or unusual circumstances arise, such as:

What Happens When Complications Arise?

Dealing with a straightforward water damage repair situation makes a water damage repair job easier, but our SERVPRO team thrives on challenges. Our workers are certified to remediate mold and biohazards, such as lead and asbestos. We manage and remove these dangerous substances to ensure your home is safe for you and your loved ones. If structural issues are evident, we arrange for the appropriate inspections, interventions, and rebuilding to return your home to a clean, dry, and sound condition.

Have confidence in the ability of SERVPRO of Patchogue to resolve even long-standing water damage issues. We're Faster To Any Size Disaster --  call (631) 924-1801.